I bought Civ5, briefly played it, then tucked it away and didn’t think of it again until much later; Finding myself on Texada, in the winter, with a ton of time and no money, I looked back on my game purchases to see what I had forgotten about. Perhaps that was a mistake, lol. I can’t get back the countless weeks of Civ5 I later played. Countless… weeks! After I started to get into it, it became so addictive. Even on quick mode, it would take me almost a full day and a half, or even 2 full days to play a game (I can play a game in under 12 hours now though… I got good enough I don’t waste a ton of time now decided what to do next). I also bought Civ6 later, but that game sux! Civ5 is in my top 3 all time favourite games.

Interestingly enough, I ended up reading the AI player scripts for this game. It was very enlightening, and I have been day dreaming of making a ST:CCG AI player ever since.

Here is a collection of all the World Wonders I have built. 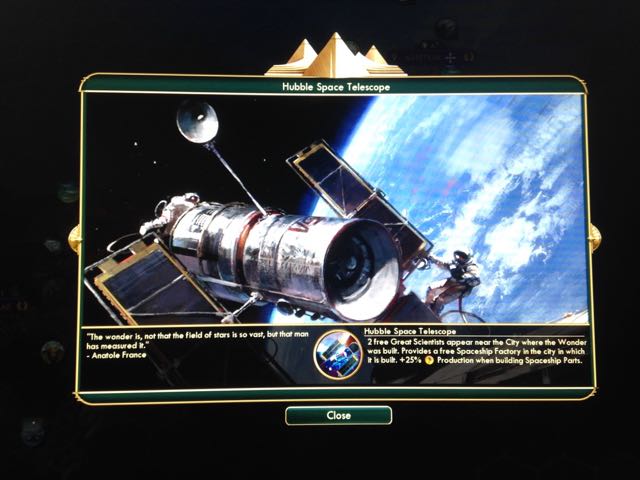 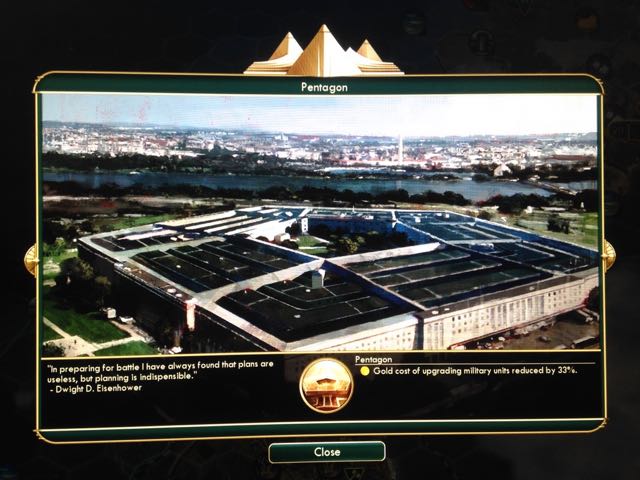 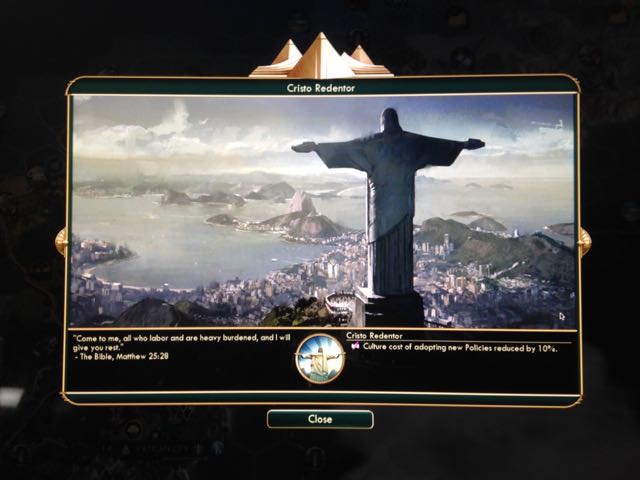